You can now explore the first 78 miles of the Western States Trail on Google Maps by dragging the “yellow man” from the lower right of the page onto a section of trail. Below are links to some well known points along the route:

Our expedition took place the week before the 2016 Western States 100 Mile Endurance Run on June 25. Led by our Director of Online Marketing, Richard Bolt, and supported by several prominent ATRA corporate members, the expedition was documented by iRunFar, Scott Yates and experienced trail running race photographer Mike Hermsmeyer. Read iRunFar’s Perspectives From the Western States Trekker Project to get a behind the scenes look into the expedition.

Read our Trail News blog posts on the right side of this page to see daily updates written by the team as they traversed 100 miles of rugged Sierra Nevada mountain trails from Squaw Valley to Auburn, California.

The Western States 100-Mile Endurance Run is the world’s oldest and most prestigious 100-mile trail race. Starting in Squaw Valley, California near the site of the 1960 Winter Olympics and ending 100.2 miles later in Auburn, California, Western States, in the decades since its inception in 1974, has come to represent one of the ultimate endurance tests in the world.

Do you like to kick it old-school and use paper maps while trail running? You can find fantastic maps of the many trails around Auburn at the “Our Trails” page on this official city website, auburnendurancecapital.com. 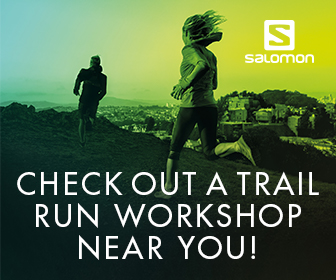