Ultra Trail del Mugello – Badia di Moscheta, Firenzuola (FI). The Ultra Trail del Mugello was the joint brainchild between ultra running enthusiasts and nature lovers proud of their land, and the Mugello Union of Mountain Municipalities. The Union manages 4 forests encompassing 110,000 hectares total. These parts are part of the patrimony of forests of Tuscany, and Italian region which accounts for 20% of all Italy’s forests.

The Union of Mugello Mountain Municipalities manages districts stretching from the outskirts of Florence to the border of Emilia Romagna and the province of Prato. The great ridgeline of the Apennines crosses each, and they are places rich in history, art and abundant nature. From these lands were born some of the greatest artists such as Giotto and Fra Angelico, and Dante drew inspiration from the lands, where he was exiled from Florence.

With this rich history in mind, a permanent trail was created for anyone who wishes to travel it, even outside of this event. The host site of the Ultra Trail del Mugello is the Giogo-Casaglia district, which encompasses 6,800 hectares of regional forests. These forests house an explosion of colors and scents, with crystal clear waterfalls; it’s practically a one of a kind natural and wild landscape. The forest fauna, thanks to regulations protecting these lands, is particularly rich both quantitatively and qualitatively.

Home to numerous deer and roe deer, wild boar, skunk, weasel, badger, squirrel and many other fauna, it’s also become home again, since 1988, to a wolf population, thanks to reintroduction efforts to bring the environment back as it was in the past. There are also many birds of prey; in particular, in the Rovigo valley there exist Golden Eagle nesting grounds . 100% Trail is the slogan of the racecourse nestled in the heart of the Florentine Apennines; two races UTM and MT, with respective distances of 60km and 23.5km, and respective elevation gains of 3200m and 1280m. The race only touches asphalt for 300 meters, whereas the bulk is run on single track, mule trails, and forest roads. The route passes 7 mountain huts and bivouacs, which during the race will host refueling/refreshment points, as well as be the base of operations for safety personnel. 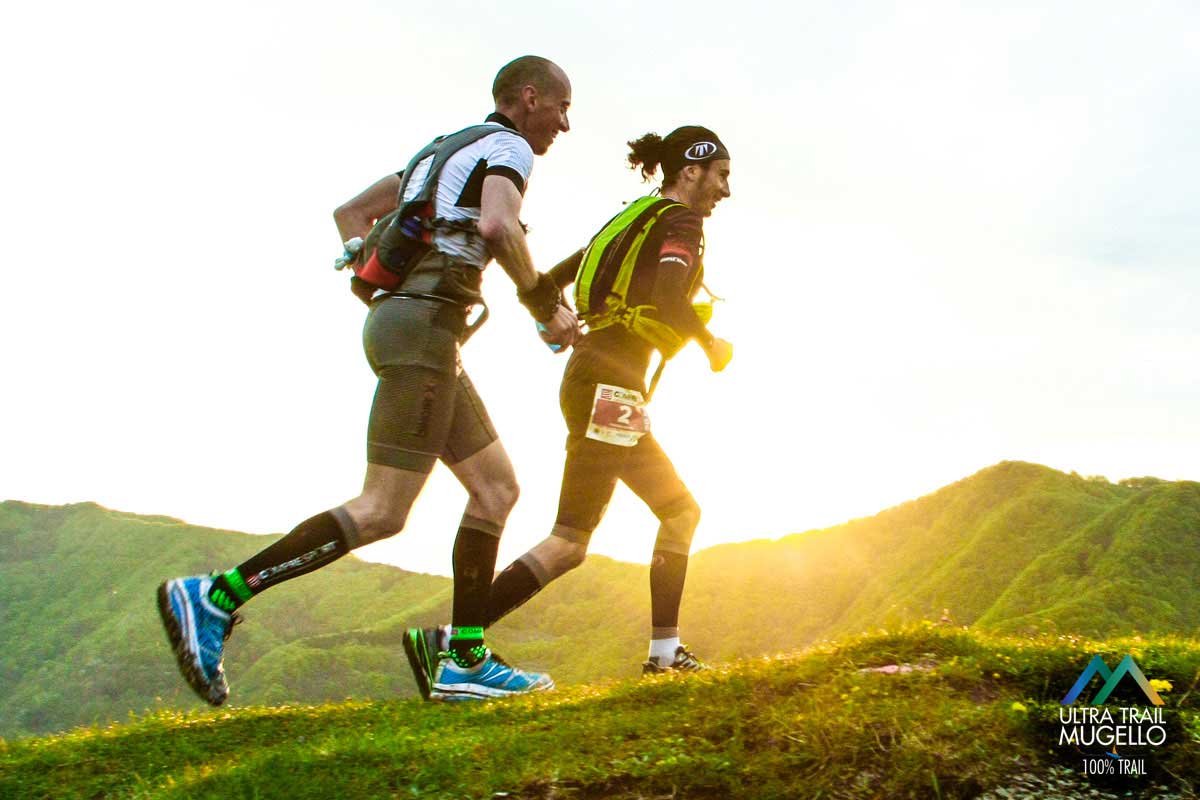 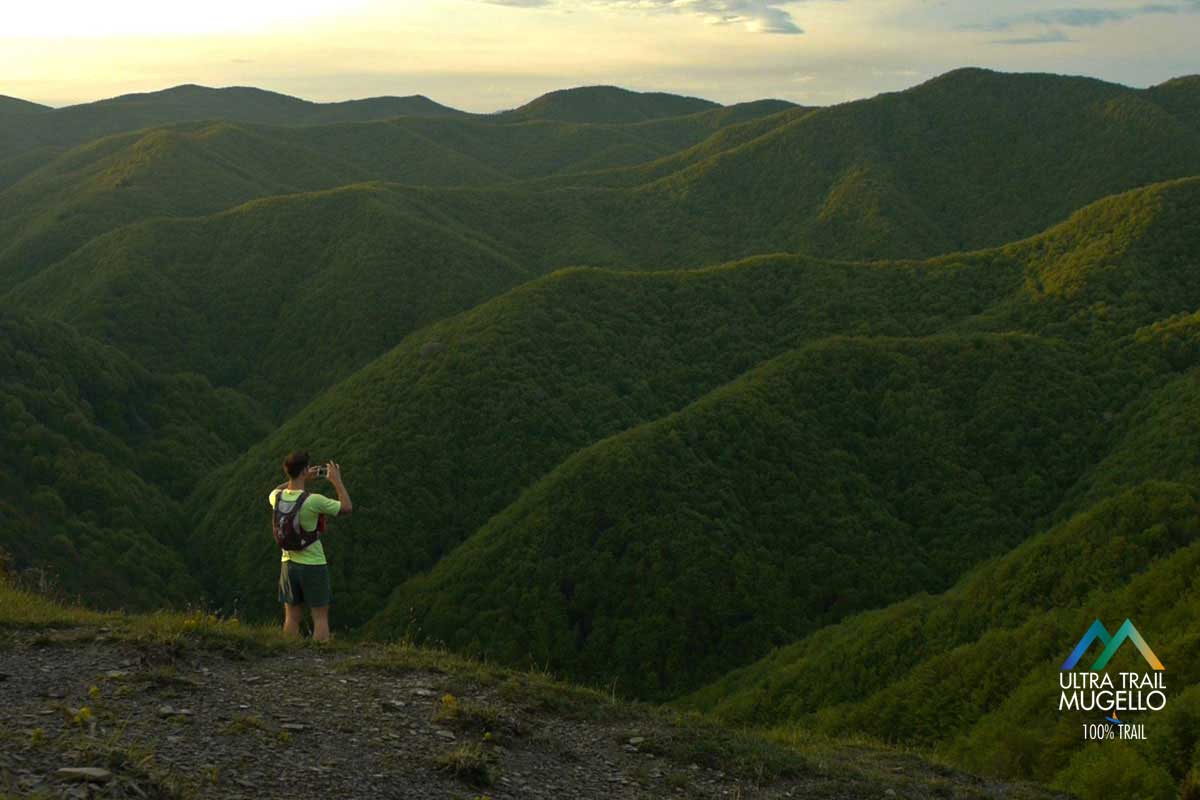 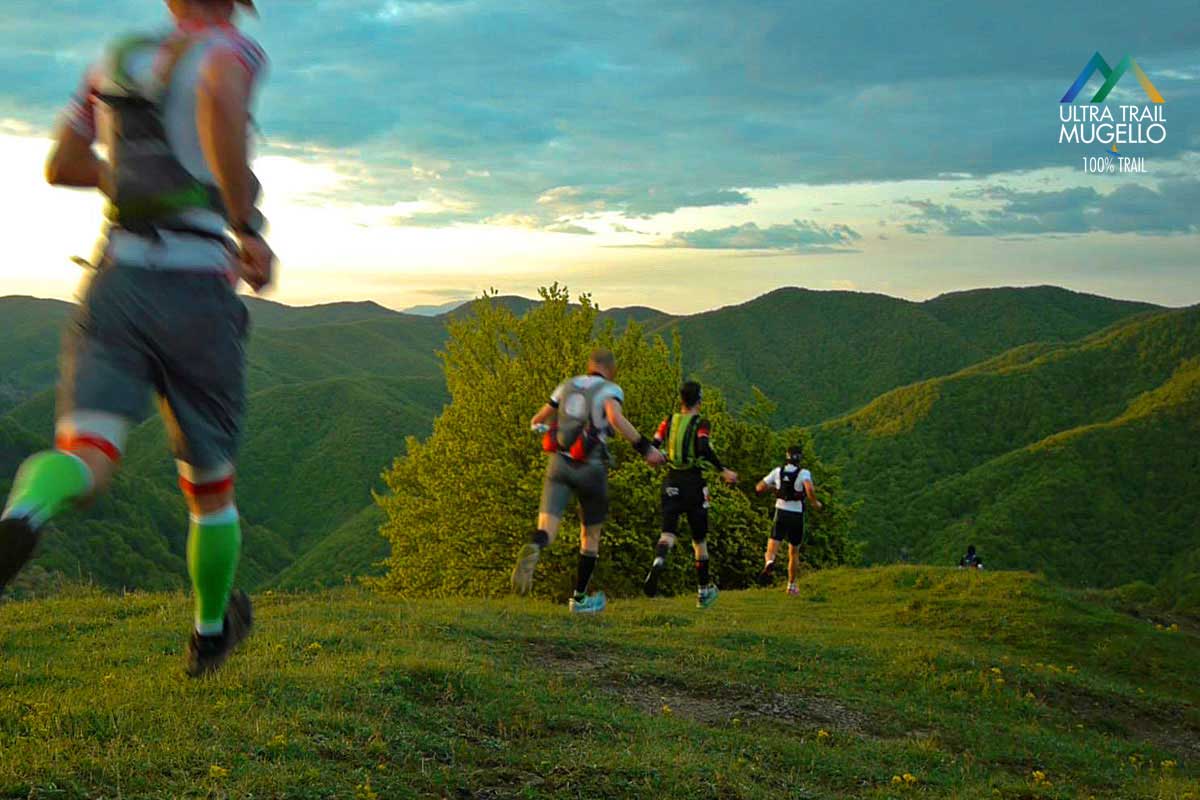