Tortoise and the Hare Half Marathon/10K

This is our 2nd set of races in the Tortoise and the Hare Trail Race Series! We have an exciting race coming to you on the Sutallee trails of Canton, GA just a short drive north of Atlanta. The great thing about the sport of running is the camaraderie among runners. In a typical race the faster runner (Hare) arrives long before the middle/back of the pack and the slower runner (Tortoise) arrives as the party is ending. How about a race where everyone finishes (approximately) at the same time?!

Introducing…the TORTOISE and the HARE HALF MARATHON and 10K™! Runners estimate their finishing time (for calculator go to http://www.mcmillanrunning.com) and that will determine your starting time, with runners starting in half hour waves – Tortoises first! The slower you are, the earlier you begin and the faster you are, the later you begin with the same goal: Finishing at NOON. This will bring everyone to the finish in a smaller time frame so there will be lots of fellow runners to celebrate your finish! (Of course, the winners will still be those that complete the course in the fastest time – but with the challenge of navigating around the Tortoises!) 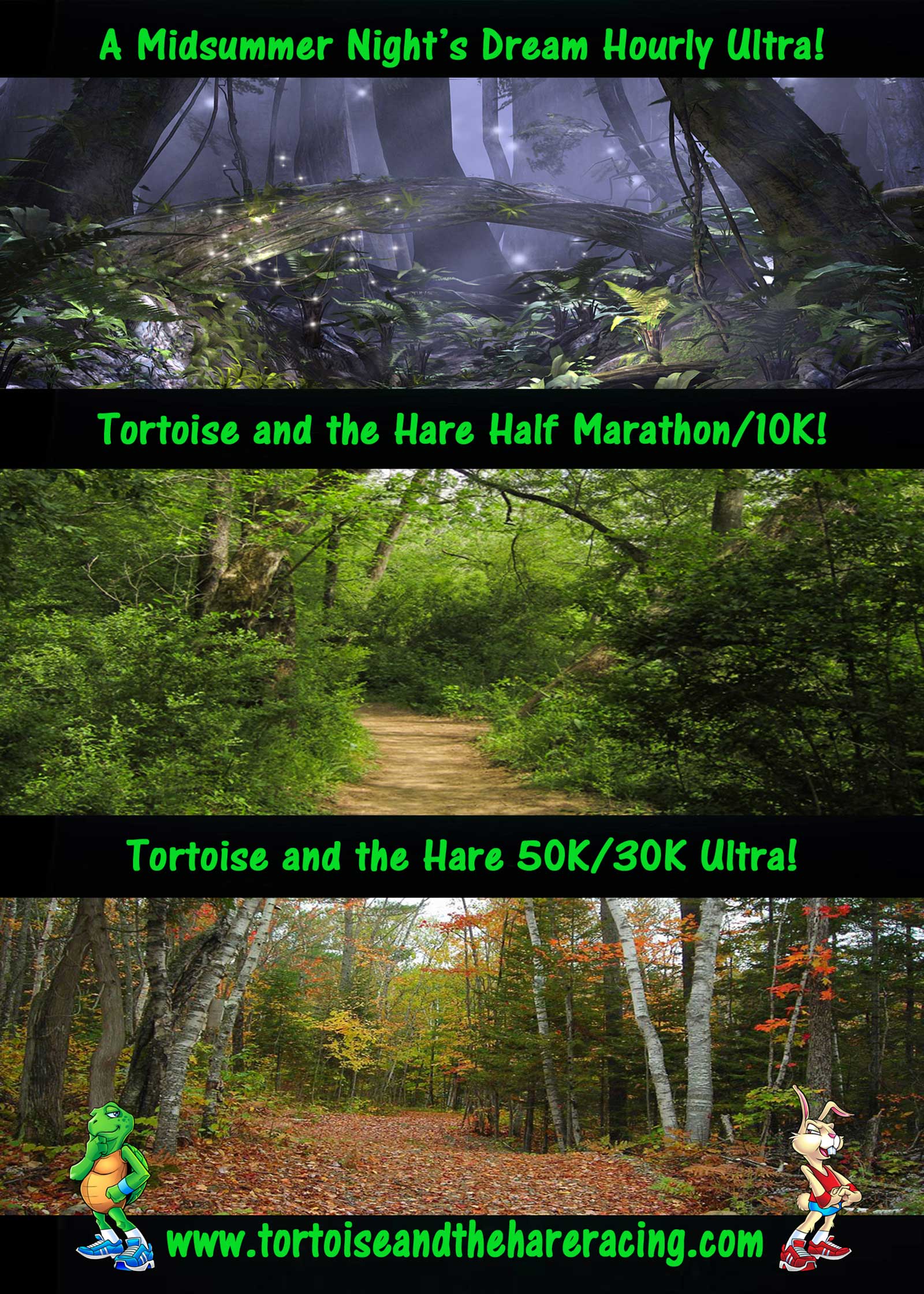