THE START
The race starts at 4 a.m. from the Shenandoah County Fairgrounds, located in Woodstock, Virginia, the County Seat.

THE FIRST SIX MILES
The first six miles of the course travel through historic Woodstock. Here, the fighting minister, Peter Muhlenberg preached his sermon then removed his robe to reveal the Revoluntionary uniform and led his fellow townmen out to win liberty, saying “there is a time to pray and a time to fight.”

SIX TO THIRTY-FIVE MILES
Reaching the Shenandoah River at Burnshire Dam, the course crosses by bridge, approaches its first major ascent to Woodstock Gap on a steep gravel switchback and enters the George Washington National Forest. Descending into Fort Valley’s natural fortress, created by the encircling Massanutten Mountains, is more gradual until approx. 10 mi. upon reaching the fairly rugged 2.5 mi. Lavender Trail up and along the West ridgeline, then down to a Forest Service road winding into the Foley Loop on country roads and leading to another stretch of good country which gives way to the climb up to the 675 Overlook and continuing down to Four Points #1 at approximately 32.5. Here the course enters Duncan Hollow on trail that exacts the “just do it” attitude, but does lead to good footing for five miles on Crisman Hollow.
MORELAND GAP AND MORE
The course turns to climb Moreland Gap with good footing, reaching Edinburg Gap at 55 miles and enters Powell Mountain Trail. The next eight miles have become a heavily utilitized ATV route. Ascending Opechee Peak the trail becomes rugged and steep. The last half, still rugged is not so steep. Reaching Little Fort Campground the course turns up Woodstock Mountain on forest road for five miles to Mudhole Gap. The next mile is trail as lovely as any you will ever visit, running with Little Passage Creek and through it five times.

LOGGING ROAD
The course turns onto a fine logging road leading to a turn onto a short, rocky, trail, then crossing the Valley Road, Passage Creek by bridge and into Elizabeth Furance Picnic Area, the Second and final Medical Check at 74.95 miles. This is the only point with a cut-off time. Runners much check-out of Elizabeth Furance by midnight. The next three miles are best left undescribed but are summed up in the phrase “Sherman Gap”. Rumor has it that the gap was not named for any great explorer but rather for the first (and possibly the last) endurance race runner to try to run up it. It is said that you can see his grave ten feet from the top, especially if you are one of the masses trying to do this part of the course in the dark.

VEACH GAP
Runners are then greeted with a steep trail run down to a gravel road, leading to the wagon road, built by Gen. Daniel Morgan during the Revolution for possible retreat of Washignton’s forces, up Veach Gap and down the boulder falls on the west side. Because most runners will traverse in darkness the difficult stretch from Elizabeth Furnace to the Aid-Station located at the foot of the Veach Gap descent, this is the one part of the race where the runner, if he so chooses, may be accompanied by a safety runner. After descending the western side of Veach Gap at 86.58 miles the competitors are again on their own.

THE FINISH LINE
Crossing the Valley road the course now has good footing on country lanes to complete the circle around the Massanuttens, then turns back up and over Woodstock Mountain, across the Shenandoah and through town to the finish back at the County Fairgrounds. 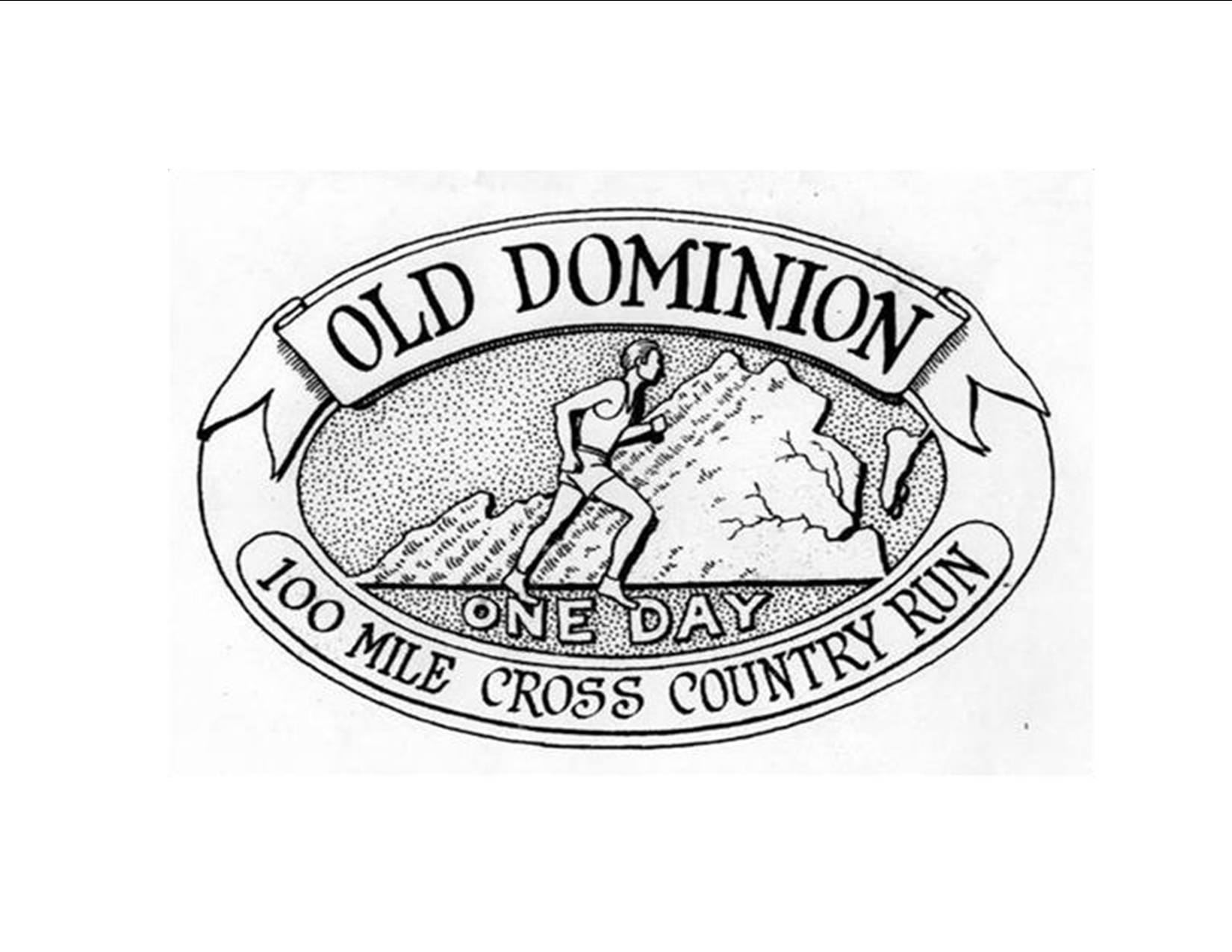 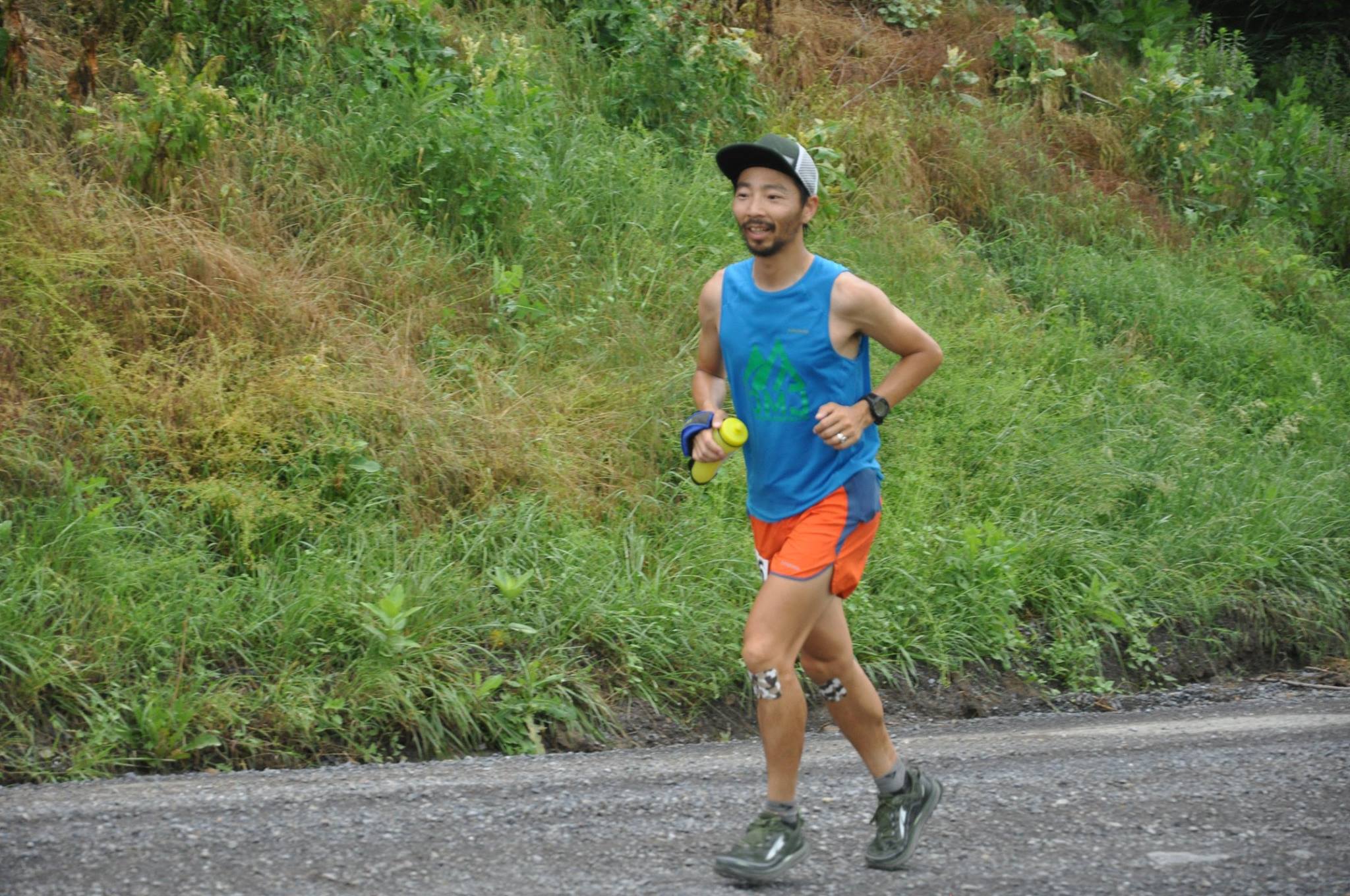 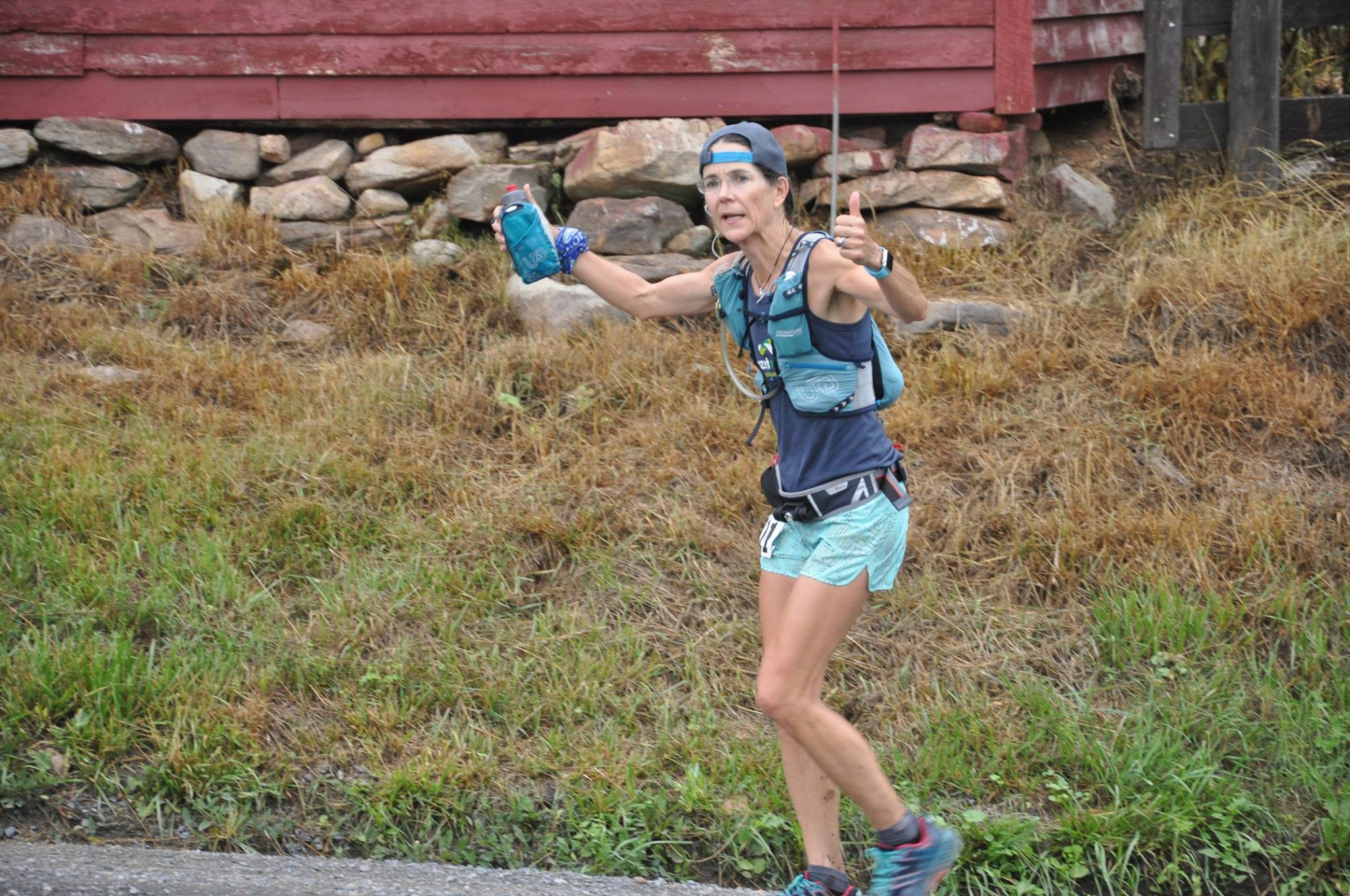