Run on a wilderness island in Lake Superior. The course follows the perimeter trail of the island counterclockwise up past Murray Bay and Duck Lake. At three miles the course heads eastward into the Tombolo, up into the island’s thumb and then back along Trout Bay where runners can enjoy one of the most spectacular stretches of shoreline anywhere in the Great Lakes. Runners then ascend up the eastern cliffs of the island which treat runners to views of the Pictured Rocks National Lakeshore. The northern half of the island features 300 ft colored Jacobsville sandstone cliffs and a gentle remote and exquisitely beautiful North Beach. The return trail on the island’s western shore features remarkable vistas of Lake Superior. The 50K heads inland at mile 22 up to Echo Lake and up to the island’s summit. This five mile section features relatively fast dirt forest roads. Runners in the 50K return to the Western Coastal Trail at mile 27. Much of the trail is shaded by lush hardwood forests. 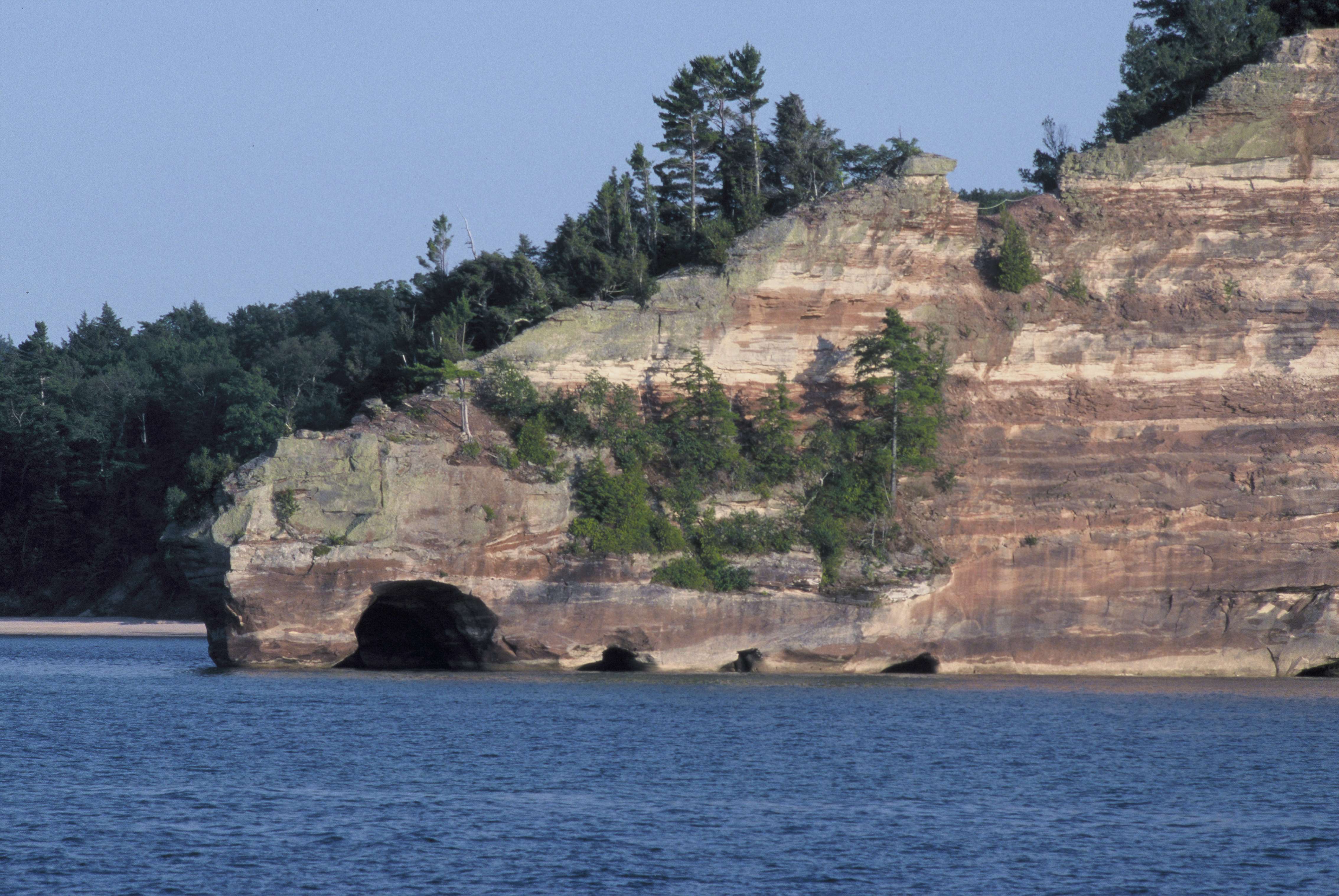 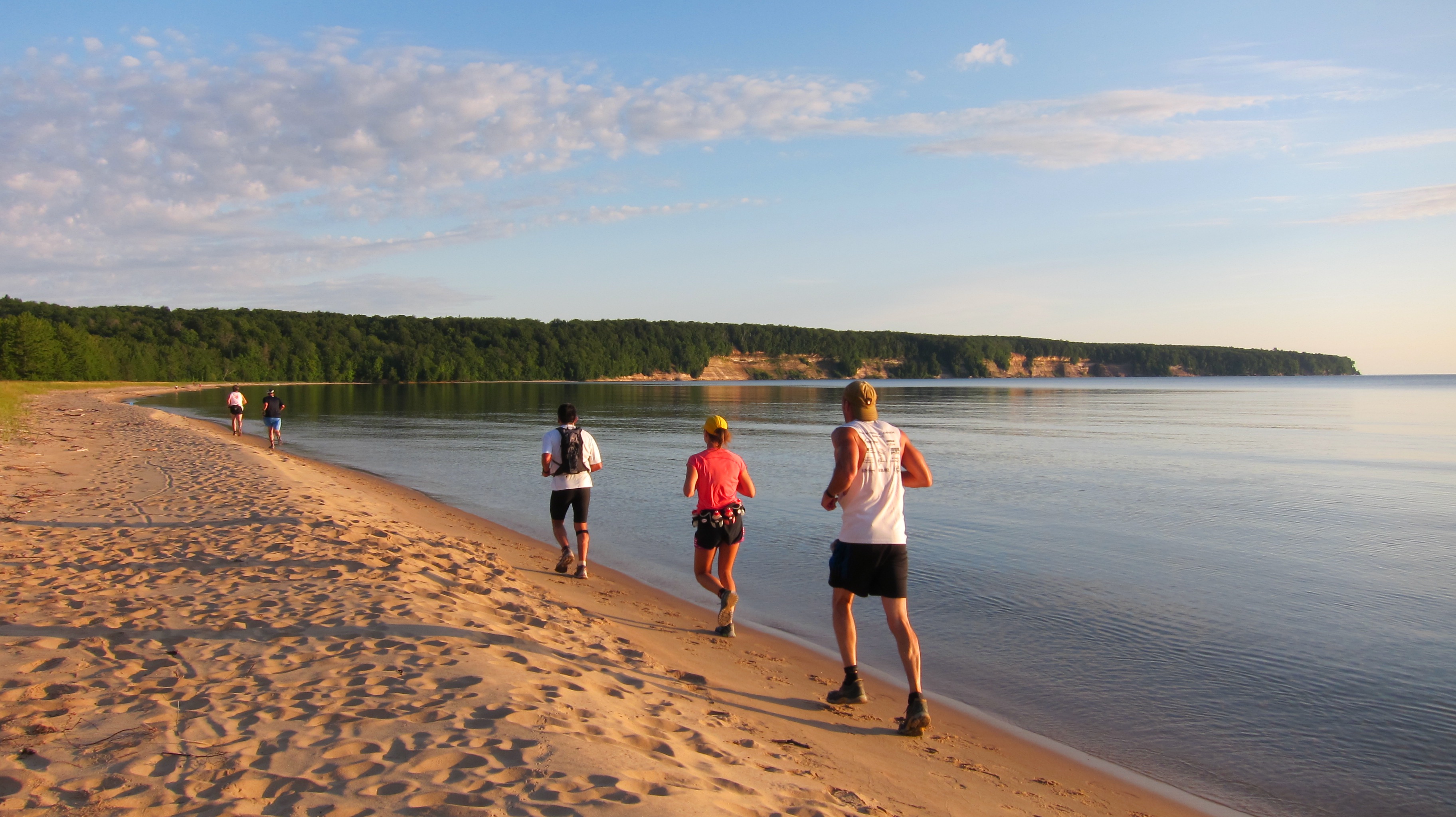 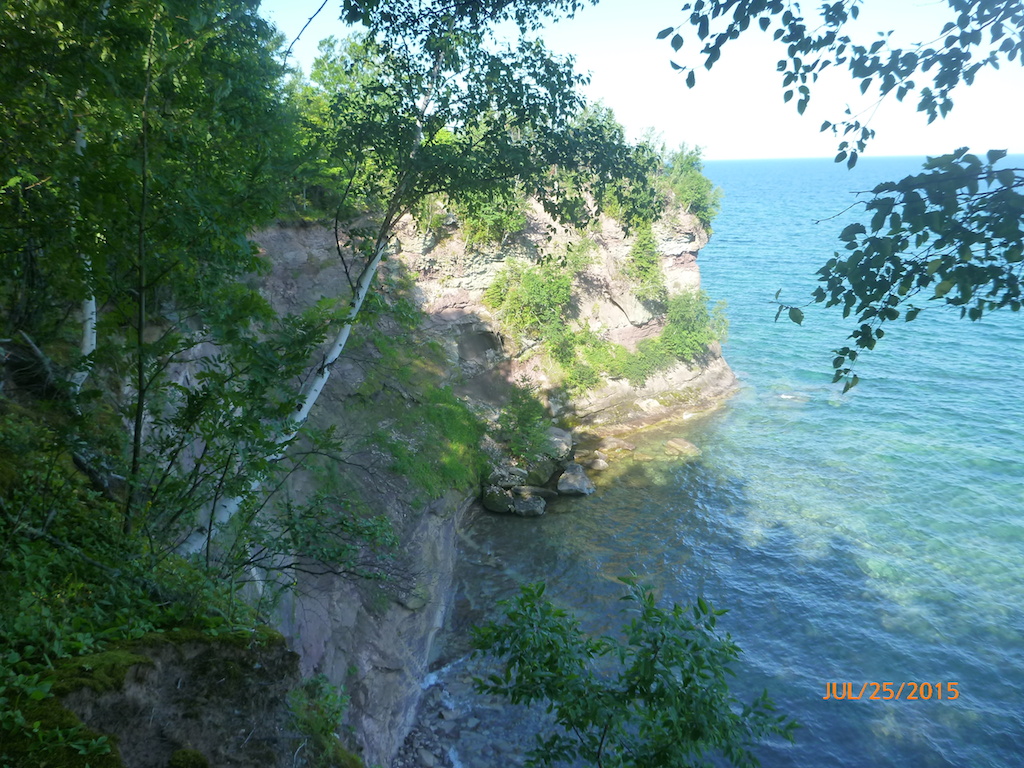