The legendary Dragon’s Back Race® follows the mountainous spine of Wales from north to south. This incredible journey is 380 kilometres (236 miles) long with 17,400 metres of ascent across wild, trackless, remote and mountainous terrain. It is the toughest 6-day mountain running race in the world.

The original Dragon’s Back Race® happened in September 1992, and ever since it has been whispered about with a mixture of awe and trepidation. Its reputation had reached legendary status with fell, mountain and ultra runners the world over by September 2012 when the second race took place. With the modern era of races now taking place biennially, the Dragon’s Back Race® is respected internationally for both its bulletproof organisation and ‘toughest mountain race’ status. 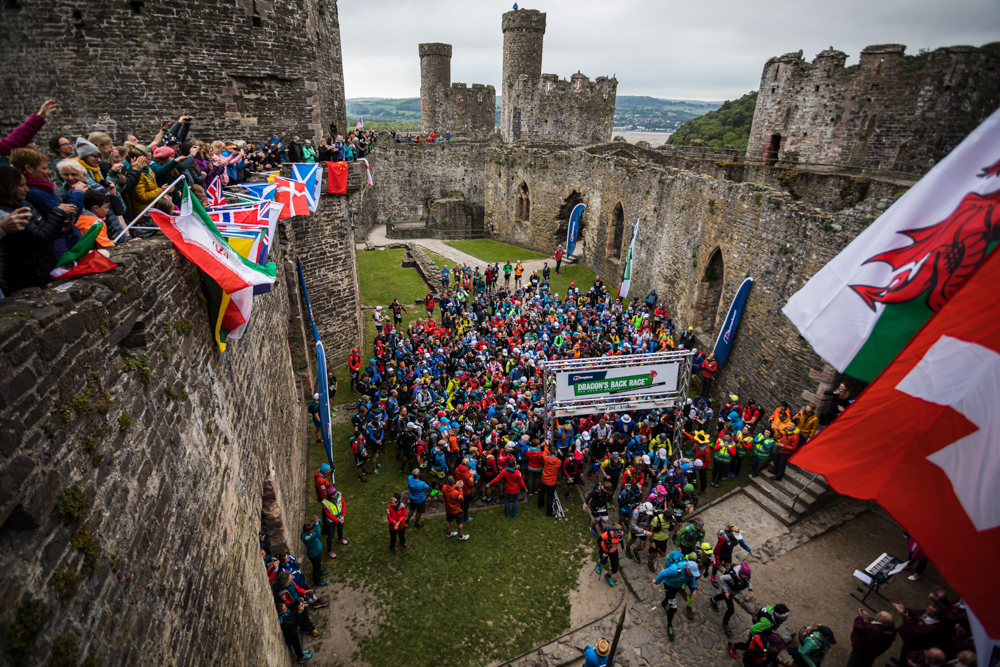