The Cranmore Mountain Race, held in iconic North Conway, is one of the oldest races in the USATF-NE Mountain Circuit. Located on 170 acres, Cranmore Mountain Resort boosts the 2000 foot Cranmore Mountain with 1200 feet of vertical rise from the the base. The course is a traditional “up & down” loop. Participants start at the base of the mountain and race up to the summit before racing back down to the base. Each “lap” is approximately 5 km and the USATF Mountain Running Championship is two (2) laps equaling approximately 10 km distance in total.

The 2018 course will be a two lap up and down format. Most of the course will mirror what was done for the 2017 US Mountain Running Championship Course, with about 2400 feet of elevation gain and descent. The course consists of grass ski slope, cat-track service road and some amazing singletrack.

What you see in the video below is pretty much what you will be running on, with a few tweaks. 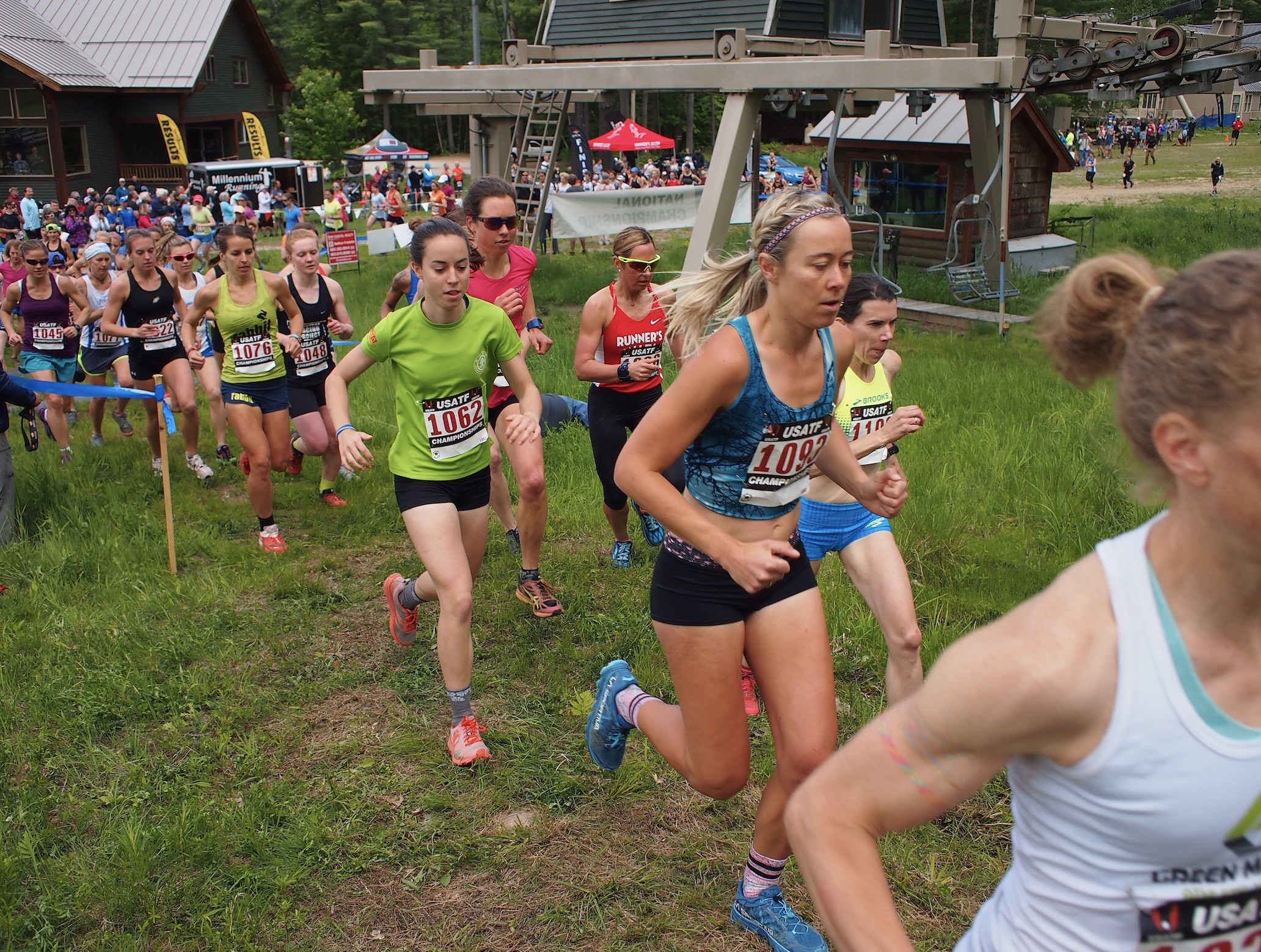 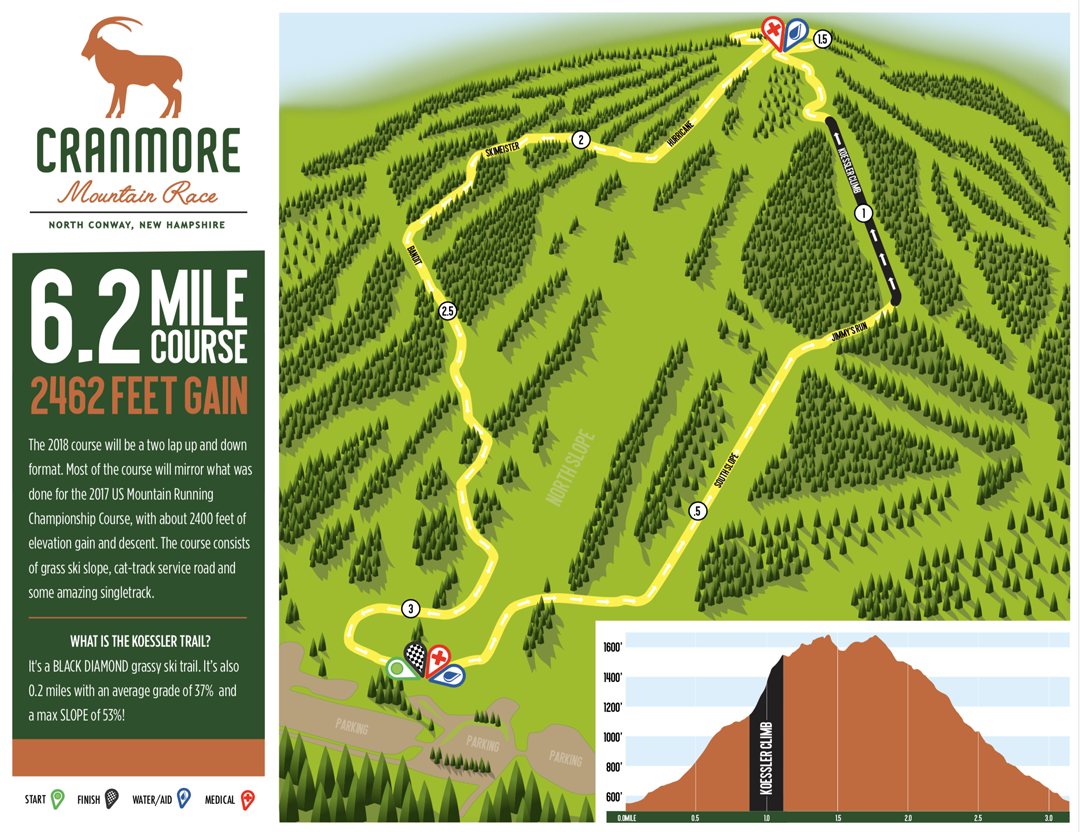 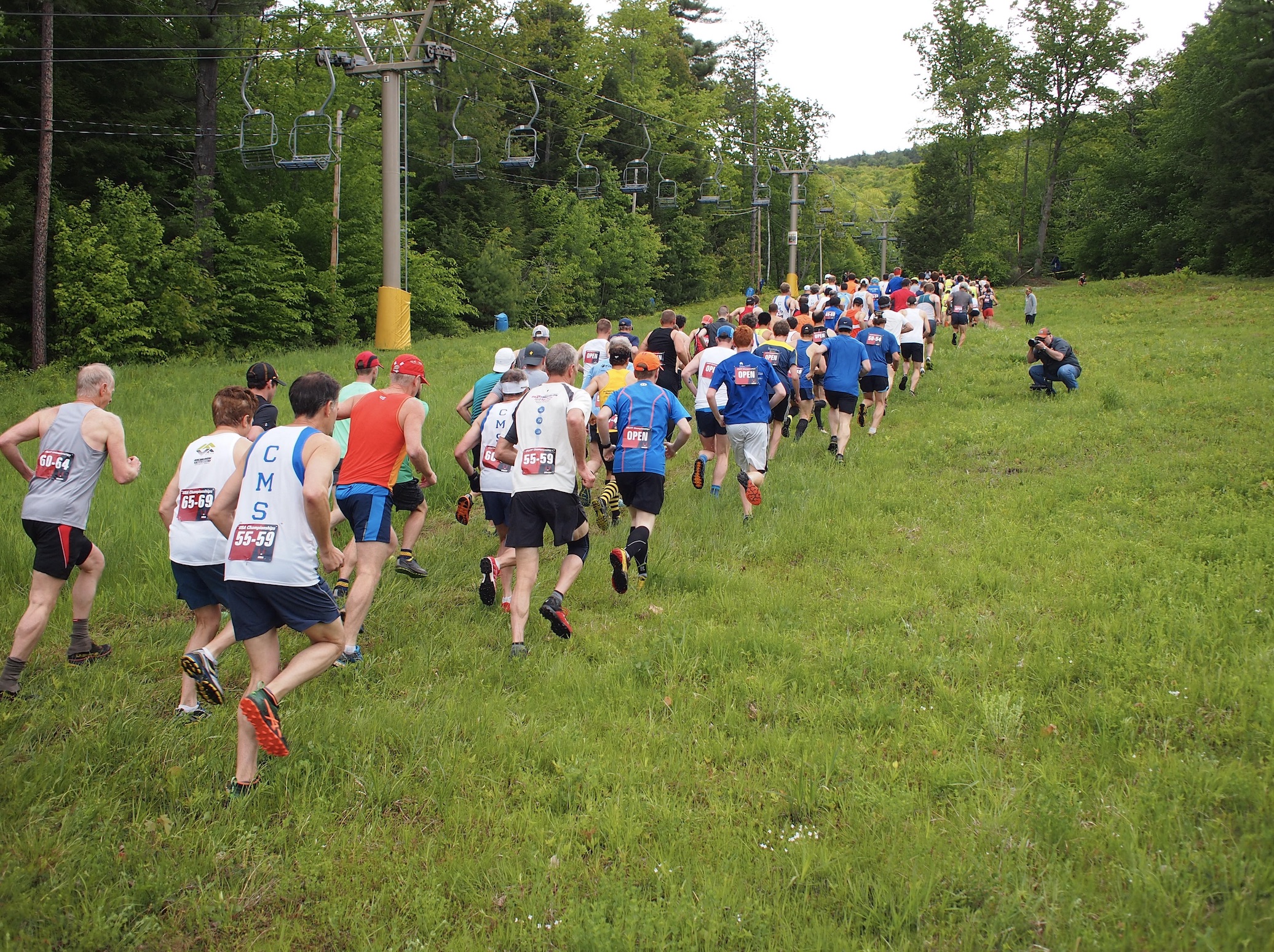